This majestic beast looks an awful lot like Fritz, the golden retriever, who became famous earlier this year for his hilarious inability to catch food.

“While many observers have made note of this ferocious beast’s remarkable resemblance to Fritz, the scientific community remains divided on whether this is a previously undetected subspecies native to North America or whether rogue scientists may have successfully bred a golden retriever with a lion. Until more information is available, hikers are advised to carry bubbles, as the subject appears easily distracted by them.” 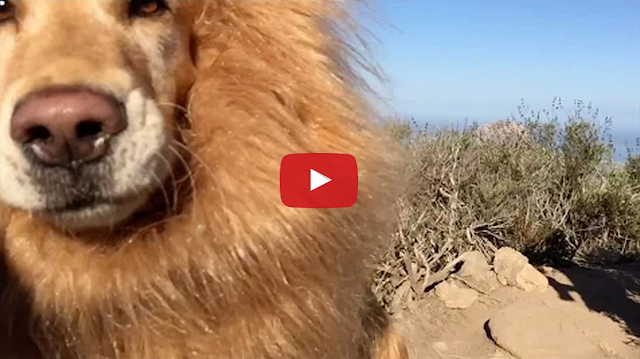