Tourists visiting Virunga National Park in Rwanda, Africa were treated to this hilarious encounter with a two-year-old baby mountain gorilla, who became intoxicated after eating too much fermented bamboo. The tipsy young gorilla had fun rolling around and swinging on vines while his mother kept a close eye on him from nearby. 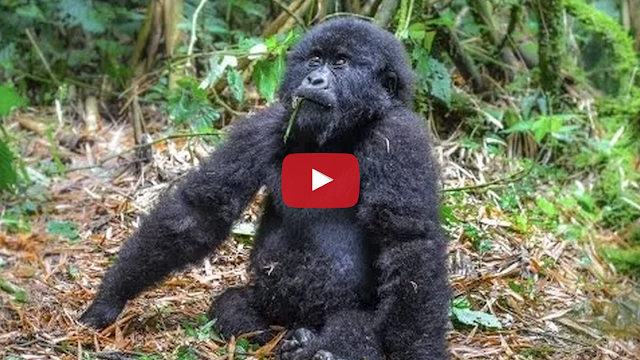