(PG-13 language) Scott Rogers discovered a large crow perched on his car’s windshield wiper when he and a friend tried to leave his house. The stubborn bird refused to let go, even after the wipers were turned on to a high speed.

“So there was this crow sitting on my car as a friend and I went to leave the house. It didn’t get spooked as we approached, but just watched us coolly as we get nearer. We tried to encourage it to leave, but it refused. It still clung on as we got into the car, started it up and drove a ways down the street. The bird just stared at me through the windshield. Deciding that driving with a crazy bird in my face might be dangerous, I pulled over into a side street and turned on the wipers, figuring that this would finally dislodge the bird.” 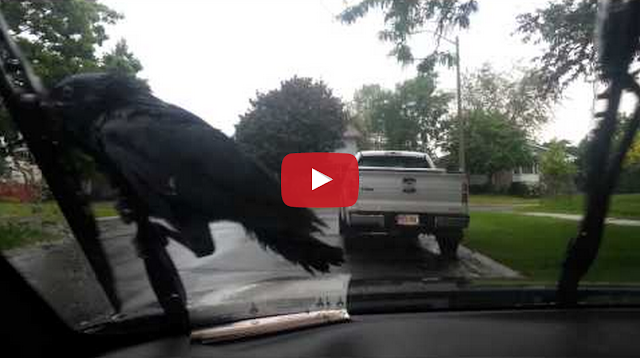