Adler, the Tamaskan dog, takes the “work smarter, not harder” approach when it comes to his tug-of-war battles. While playing tug-of-war with one of his buddies at San Francisco’s Golden Gate Dog Park, Adler goes limp and lets the other dog do all the work.

“In case you were wondering… Adler won! The other dog gave up.” 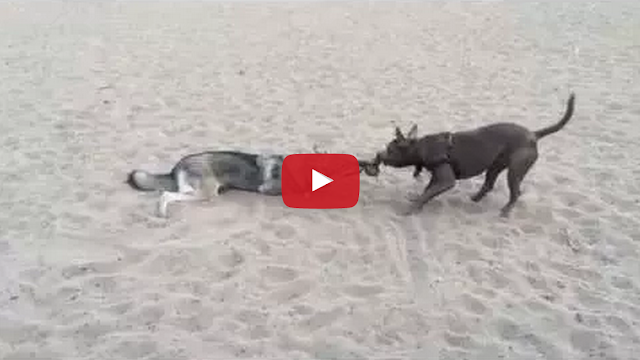