Pickle’s owner, Elizabeth Clay, explained to me how Pickles came to be:

“Pickles was born in late August, 2015 as the idea of a spirited and wild 3-year-old named Allie. She asked for a ‘dinosaur best friend’ at her birthday party (Jurassic World theme) in July (Allie named the dinosaur Pickles, because dinosaurs died when they didn’t have enough food and pickles are her favorite food).

In this video, the person inside the costume is Aaron Smith, my brother in law. We were camping at the Woodstock/Lincoln KOA Campground in New Hampshire and decided to have some fun. We’ve got two dinosaurs now, Pickles and Olive. Olive will be introduced this weekend, they’re currently earning their roar.”

You can purchase the costume here. 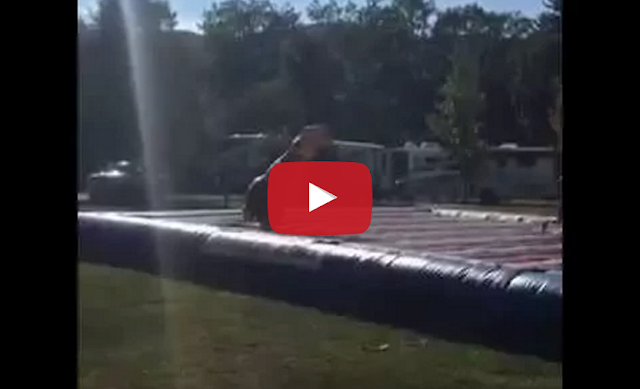