Comedic singer/songwriter/musician “Weird Al” Yankovic put together this music video by editing together clips of his opening performances of “Tacky” (a parody of Pharrell Williams’ “Happy“) during his 2015 “Mandatory World Tour.”

“Between May 12 and Oct. 9, 2015, my band and I performed 112 concerts as part of our Mandatory World Tour, and almost every show started out with a performance of my song “Tacky.” As the audience watched on a giant LED screen, a camera crew would follow me as I sang the song, starting from some point outside (or deep within) the venue and eventually winding up on stage. It was always fun for us, because obviously the venues were different every night and every performance of the song was unique. We recorded about half of these performances, and I’ve spent the last few days editing together this little memento.” 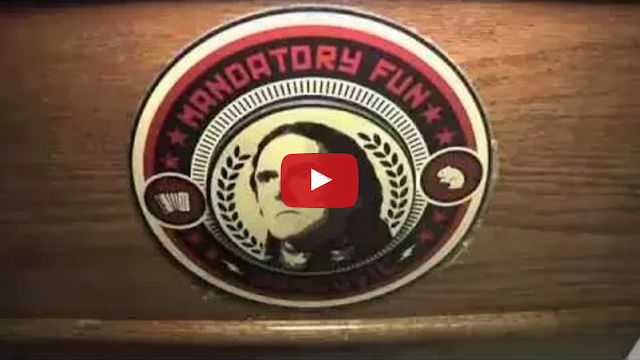