Here’s a sneak peek at Bill Murray’s upcoming Christmas special, A Very Murray Christmas. This Netfix original production, which features an ensemble cast including George Clooney, Amy Poehler, Chris Rock, and many more, will be available to stream on December 4th, 2016.

“This winter, Bill Murray brings an extra-special dose of holiday cheer to Netflix with the premiere of an all-star musically-driven holiday special, A Very Murray Christmas. Set inside New York City’s iconic Carlyle hotel, A Very Murray Christmas opens with Murray preparing to host a live, international holiday broadcast. After a blizzard shuts down the production, he makes the best of the situation by singing and celebrating with friends, hotel employees and anyone else who drops by.” 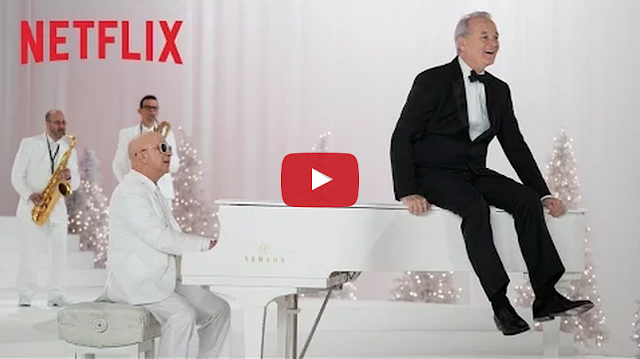