In this video by YouTube user Raptor Rehabber, a rescued baby great horned owl, named Oakley, adorably interacts with a Halloween-themed owl toy that dances and sings “Monster Mash.” Oakley was released back to the wild when he was old enough, about six weeks after this was filmed. 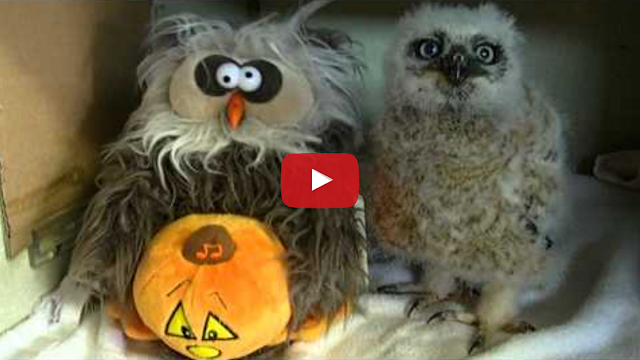