Stryker, the one-year-old Belgian malinois dog, loves to watch TV, and gets especially excited when his human’s put on his favorite movie, Disney’s 2008 computer-animated film, Bolt.

“Stryker goes nuts in the opening scene where they are running through the streets. The sequence is maybe five minutes long but Stryker goes crazy when he watches it. Watch him pick up his toys and shake them when he gets mad that he can’t get to Bolt. The other dog in this clip is Meeka, a 4 month old female German shepherd. She doesn’t do much yet.” 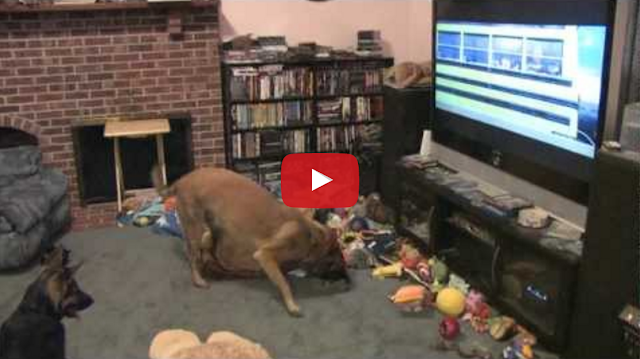