“In the past year or so, Nicki Minaj has added a new facet to her personal brand: that of domestic goddess — especially in her collaboration with David Guetta, “Hey Mama.” Of course, being a badass feminist who also enjoys domestic bliss puts her in spiritual kinship with Peggy Hill of “King of the Hill.” We brought together the Queen of Rap and the Queen of Arlen.” 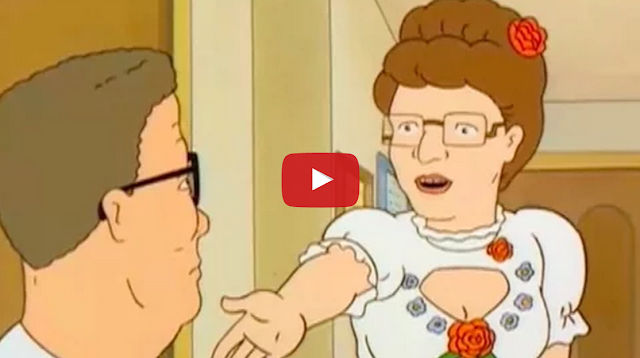