In the latest episode of their popular “Teens React” series, The Fine Brothers, Benny and Rafi Fine, ask a group teenagers, from ages 14 to 19, to react to the 2015 predictions from the classic 1989 science fiction film, Back to the Future Part Two.

“This week is a huge moment in pop culture history as on Wednesday, it is October 21st, 2015, the date from 1989’s “Back to the Future Part 2” stated Marty McFly and Doc Brown arrive in “the future: which is teenager’s of today’s present. It’s mind blowing and makes us feel old, but what does this generation think when they realize a major movie called their present, the distance future? What about when they are shown footage of what “today” is supposed to look like? All these answers come in our new episode of Teens React.” 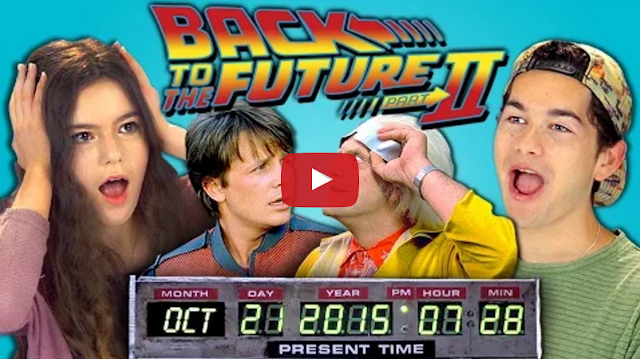