(PG-13 language) Cut Video presents a tattoo edition of their “100 Years of Beauty in 1 Minute” time-lapse series. A woman named Casey Lubin volunteered to get eleven tattoos in one week, by artist Clae Welch, that represent the evolution of American tattoo styles from 1910 to 2015.

Here’s a behind-the-scenes look the research that went into making this episode: 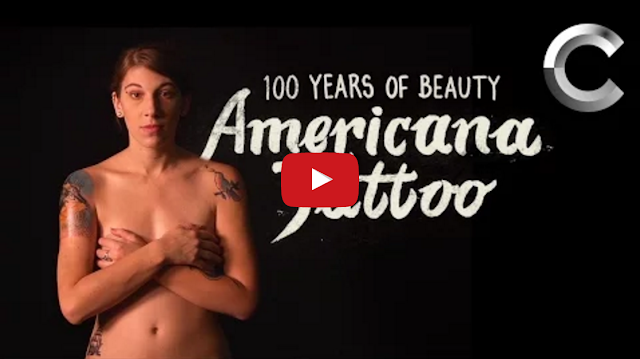