In this episode of Cracked’s “Obsessive Pop Culture Disorder” web series, writer/comedian Daniel O’Brien discusses the secret dark past that must have occurred in Pixar’s Toy Story universe before the first film took place.

“There’s a dark prequel to this series that will never be made.”

Previously from Cracked: Why Uber is Terrible 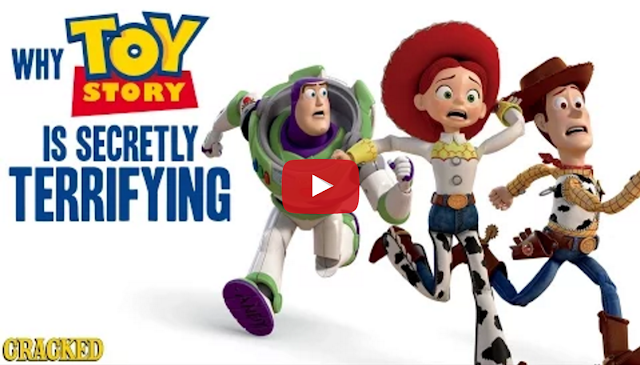