Armand Foisy filmed this cute video of his sweet 101-year-old mother, Albina, getting a kick out of making (and throwing) a snowball while they were checking out a snowstorm near their town of Lillooet, in British Columbia, Canada.

Update: Here’s Albina reacting to her snowball video being shown on the news: 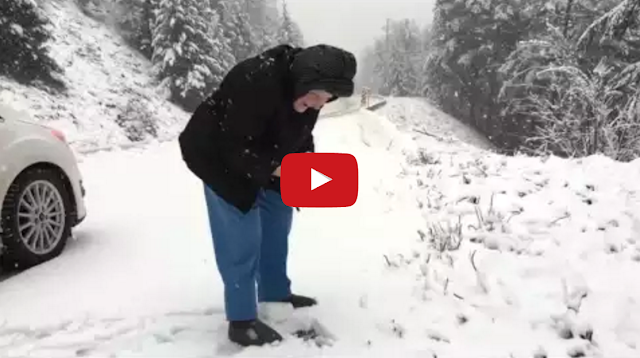