Sploid enlisted animator Elisa Solinas and illustrator Scott Park to create this cool animated chart that demonstrates the size differences, from smallest to biggest, between the many vehicles in the original three Star Wars films.

“Behold every single vehicle in the original Star Wars trilogy drawn to scale! Each and every one of the 48 spaceships, animals, and land vehicles, from the Ewok glider to the Death Star II and going through Banthas, TIE Interceptors, and Rebel frigates, all drawn by Scott Park.” 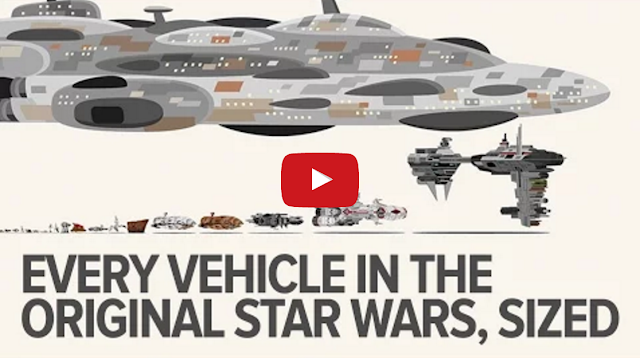