In this clip from the new BBC nature series, Snow Chick: A Penguin’s Tale, a baby emperor penguin comes to the embarrassing realization that he’s grown too big for his father’s pouch, and struggles to fit in with the other chicks in the huddle.

“Narrated by Kate Winslet, Snow Chick – A Penguin’s Tale tells the story of an emperor penguin chick’s first precarious months of life as it grows up in the world’s most extreme nursery.” 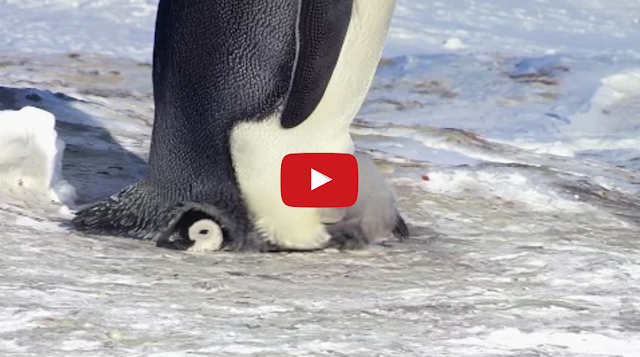