“A long time ago in a galaxy far, far away…in an alternate reality, a young Billy Luke Skywalker has befriended Ol’ Ben Ken Bobby. After receiving a distressing message from the beautiful debutante, Charleia, the two set off to Mos Eislenburg, Kentucky. Here they run into the local moonshine trafficker and overall scumbag, Hank Solo Jr., in a seedy local bar. Solo offers the two a ride past the county line in his beat up Ford Falcon as long as they don’t mind riding with his dog, Chewingtobacca. The adventure of a lifetime is on the horizon for this unlikely entourage, and I like to imagine this would be the soundtrack.”

Previously: Bluegrass Cover of the ‘Game of Thrones’ Theme Song 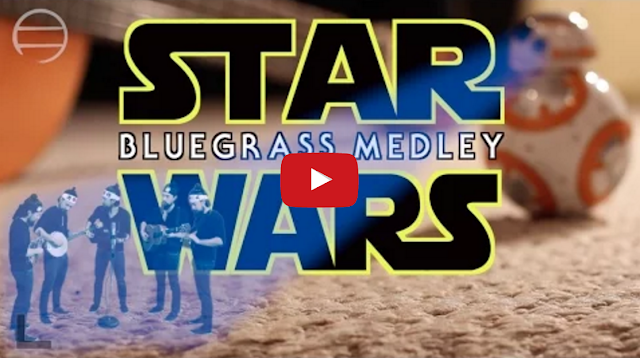