In this clip from last night’s episode of The Late Show, host Stephen Colbert convinces three of the stars from the British period drama, Downton Abbey, Hugh Bonneville (Robert Crawley), Michelle Dockery (Mary Crawley), and Allen Leech (Tom Branson) to act out a scene from the show with American accents. 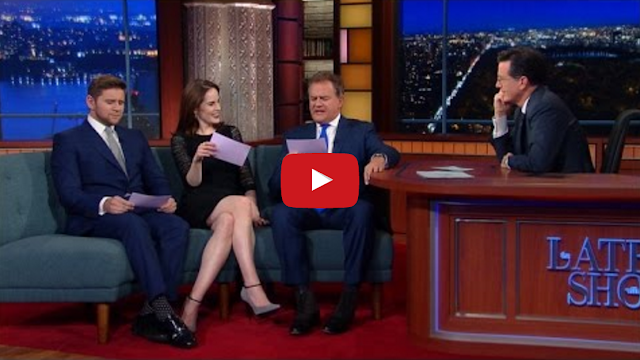