Former host of The Daily Show, Jon Stewart stopped by last night’s episode of The Late Show, during host Stephen Colbert’s monologue, to encourage the U.S. Congress to pass the Zadroga Act, which would reauthorize health benefits for “9/11” first responders. And to help his message be heard by the media, Stephen convinced John to “Trump up” his message a little bit. 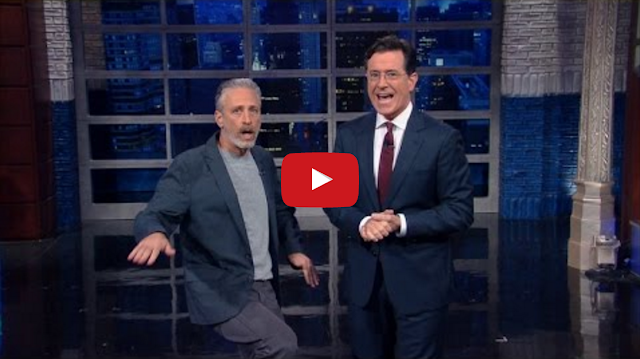