In this clip from last night’s episode of the long-running NBC game show, Jeopardy!, all three contestants were unable to answer the “Final Jepardy” question correctly, which led to an unusual three-way tie for last place. Apparently, this has only occurred a handful of times in the show’s history (over 7,000 episodes), most recently during an episode of Teen Jeopardy in February 2013. 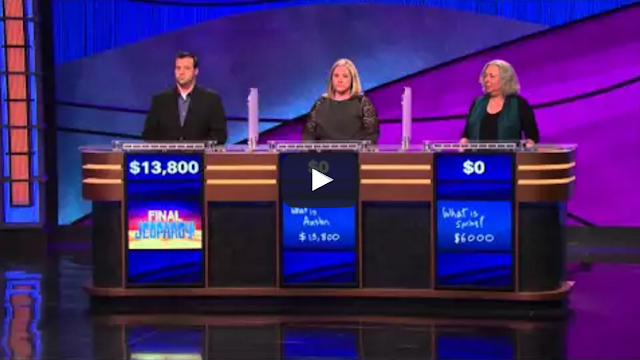