Actor Channing Tatum went head-to-head against his wife and fellow actor, Jenna Dewan-Tatum, during last night’s special episode of Spike’s Lip Sync Battle. In the first round, Jenna kicked things off with a reenactment of Channing’s Magic Mike XXL routine to Ginuwine’s “Pony,” then Channing performed a fabulous cover of Beyoncé’s “Run The World (Girls).”

You can watch the full episode on Spike.com, which includes Channing Tatum channeling his inner Elsa for his performance of “Let It Go” from Disney’s Frozen. Watch a teaser of that below: 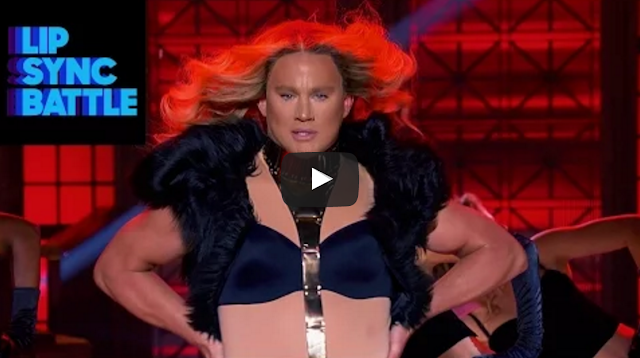