Ian Fisher came up with the clever idea to use his homemade quadcopter drone version of Han Solo’s Millennium Falcon spacecraft, from the Star Wars films, to clear the snow off his walkway.

“Using The Force was too hard so decided to use the Millennium Falcon.” 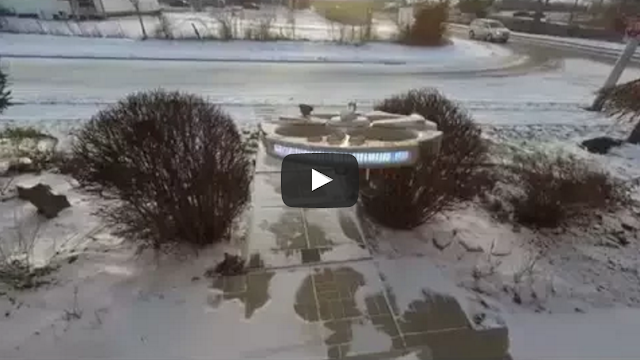