Movie Munchies demonstrates what Disney princesses sound like singing their iconic songs in their original or native language. Part one (above) includes Ariel from The Little Mermaid (Danish), Elsa from Frozen (Norwegian), Mulan from Mulan (Mandarin), Jasmine from Aladdin (Arabic), and Rapunzel from Tangled (German).

Part two (below) includes Belle from Beauty and the Beast (French), Snow White from Snow White and the Seven Dwarves (German), Megara from Hercules (Greek), Aurora from Sleeping Beauty (French), and Anna from Frozen (Norwegian).

Previously from Movie Munchies: The Evolution of Swearing in Movies 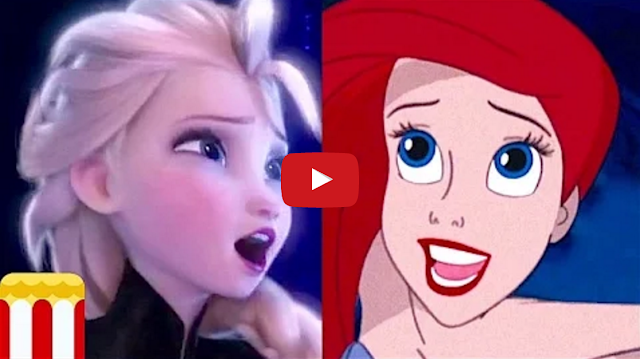