Daniel Baxter‘s “How It Should Have Ended” animated parody series humorously imagines a much more realistic ending to Pixar’s latest animated film, The Good Dinosaur.

“Little Arlo was such a delicate dinosaur while learning to face the dangers of the world. There was just one thing missing in that ending… so we went ahead and added it in.”

Previously: How ‘Star Wars: The Force Awakens’ Should Have Ended 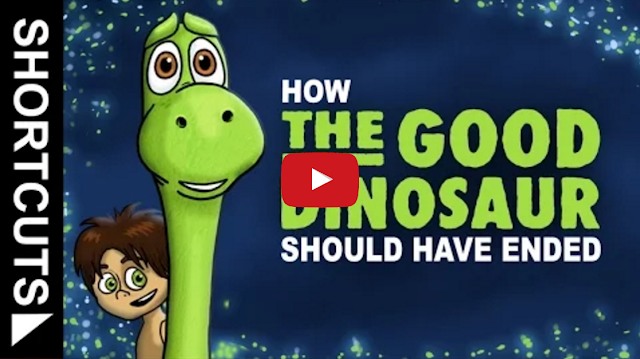