During last night’s special “After the Oscars” episode of Jimmy Kimmel Live, actor Ben Affleck revealed a “deleted scene” from his upcoming film, Batman v Superman: Dawn of Justice, after breaking the unfortunate news to Jimmy Kimmel that his appearance in the film ended up on the cutting room floor.

Earlier in the episode, Ben Affleck snuck Matt Damon onto the show, who has a longstanding (fake) feud with Jimmy Kimmel: 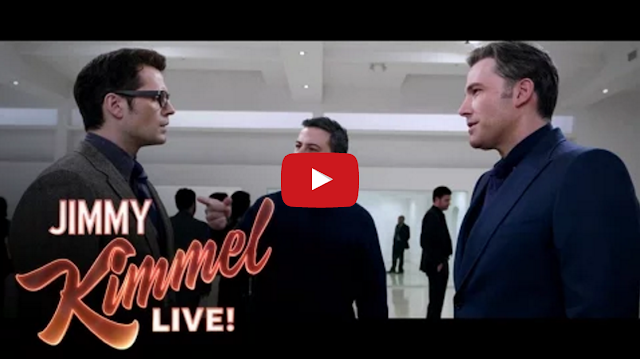