“In 1988 Donald Trump wrote, directed, and starred in a made-for-TV movie based on his bestselling book ‘The Art of the Deal.’ When the film was bumped because Monday Night Football ran long, the furious Trump pulled the movie, obscuring it from the general public for decades. Now Funny Or Die has unearthed this delightfully dated masterpiece for the world to see.”

[sent by Funny or Die] 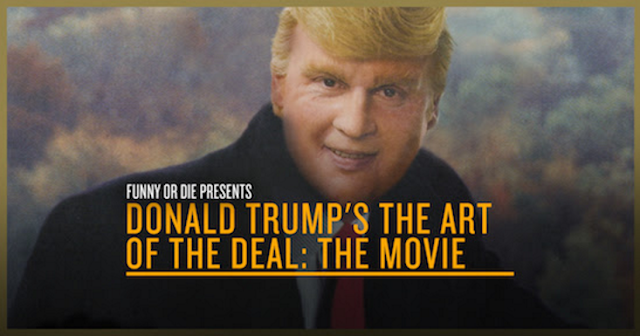