Alternative rock band, OK Go, prove once again to be music video maestros with their just released music video for their song, “Upside Down & Inside Out.” The video was filmed in an airplane that “flies parabolic maneuvers to provide brief periods of weightlessness” (aka “zero gravity”). You can read more about the filming process on the band’s website.

“The longest period of weightlessness that it is possible to achieve in these circumstances is about 27 seconds, and after each period of weightlessness, it takes about five minutes for the plane to recover and prepare for then next round. Because we wanted the video to be a single, uninterrupted routine, we shot continuously over the course of 8 consecutive weightless periods, which took about 45 minutes, total.” 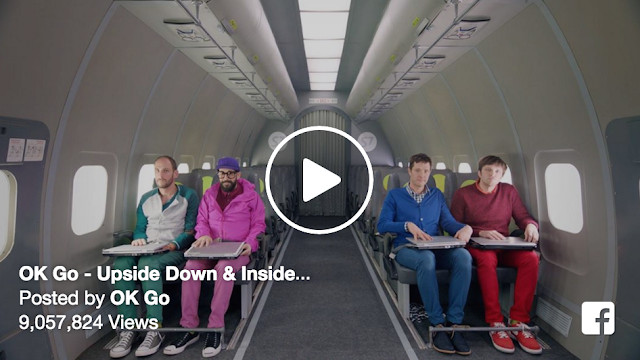