In this special Grammy Awards edition of his popular “Carpool Karaoke” segment, host of the The Late Late Show, James Corden, and Justin Bieber ride back to the Late Late Show studio after attending the Grammys. 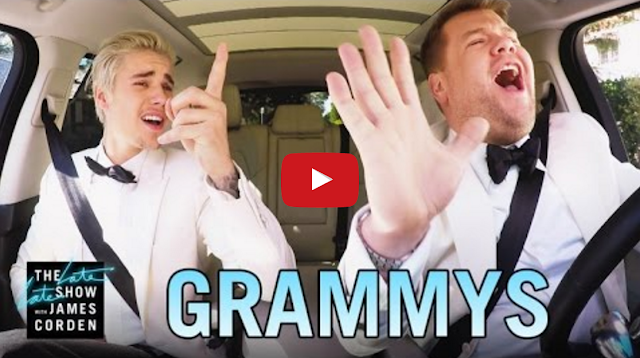