Disney just released this 30 second teaser to announce the start of production on the next chapter of the Star Wars saga, which is scheduled to be released on December 15th, 2017. Star Wars Episode VII is being directed by Rian Johnson, who also wrote the film.

“Rey took her first steps into a larger world in Star Wars: The Force Awakens and will continue her epic journey with Finn, Poe, and Luke Skywalker in the next chapter of the continuing Star Wars saga, Star Wars: Episode VIII, which began principal photography at Pinewood Studios in London on February 15, 2016. 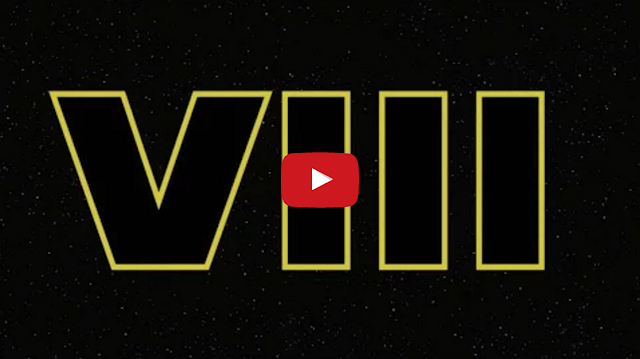