New York-based musician and musical impressionist Anthony Vincent of Ten Second Songs gets into the spirit of Super Bowl 50 by performing Survivor’s classic ’80s hit, “Eye of the Tiger,” in the styles of twenty famous singers and bands, who have performed at past Super Bowl halftime shows, including Missy Elliot, The Who, Michael Jackson, Bruce Springsteen, Prince, Justin Timberlake, Bruno Mars, Sting, and more. 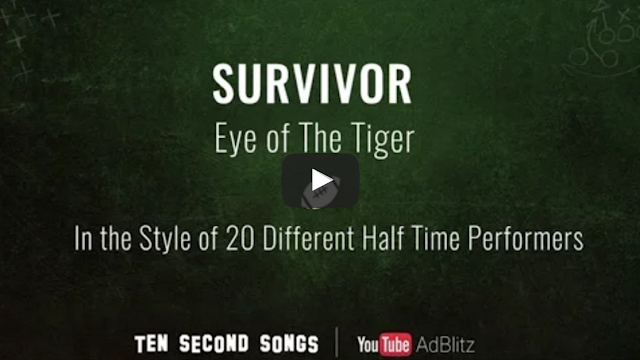