(PG-13 content) In this clip from Triumph the Insult Comedy Dog’s Election Special 2016 on Hulu, Triumph teaches former Arkansas governor Mike Huckabee the art of insult comedy, so he can compete with Donald Trump’s barrage of insults on the campaign trail (this was filmed before Mike Huckabee dropped out of the 2016 presidential race, obviously). 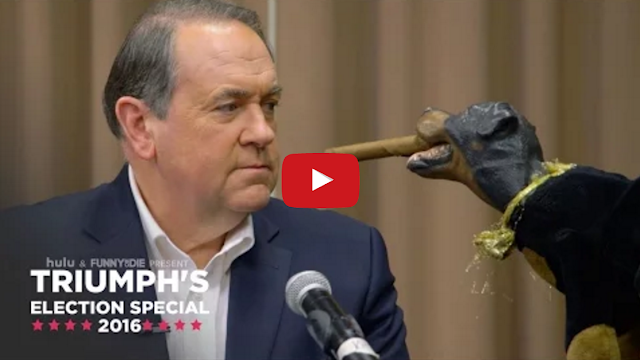