Every day, this clever seal, who the locals have named Sammy, hops out of the sea and scooches his way across a street and request fish from a local seafood restaurant in County Wicklow, in eastern Ireland. The restaurant’s owner, Alan Hegarty, says Sammy started coming by for daily free fish about a week after he opened the place in 2012.

“Sammy is still a wild animal, but that he has become so beloved by employees that he even has regular feeding times. We feed him a little amount three times a day – at nine o’clock, one o’clock and four o’clock (read more about Sammy on BBC.com).” 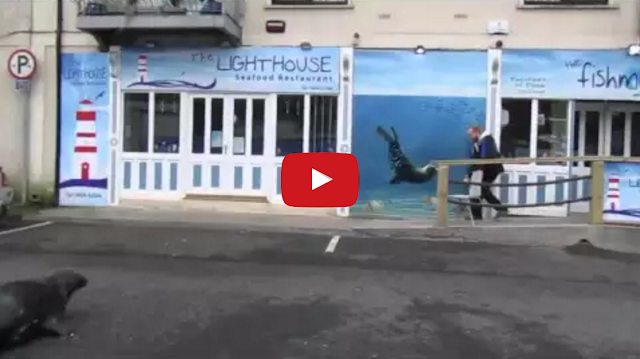