In part three of his behind-the-scenes tour of NASA’s Jet Propulsion Laboratory in Pasadena, California, BB-8, the lovable atromech droid from Star Wars: The Force Awakens, meets some of the cutting-edge robots being built by NASA. 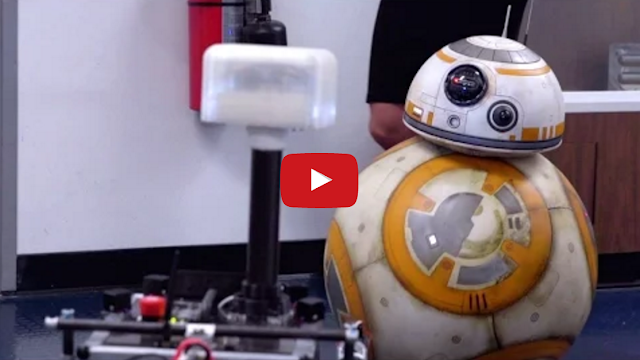