While promoting Kung Fu Panda 3 in South Korea, comedic actor, Jack Black, appeared on the popular Korean variety game show, Infinite Challenge. In this clip from the show, Jack competes against Korean comedian, Gwang hee Hwang, to see who can blow out a candle first, while wearing stockings on their heads. 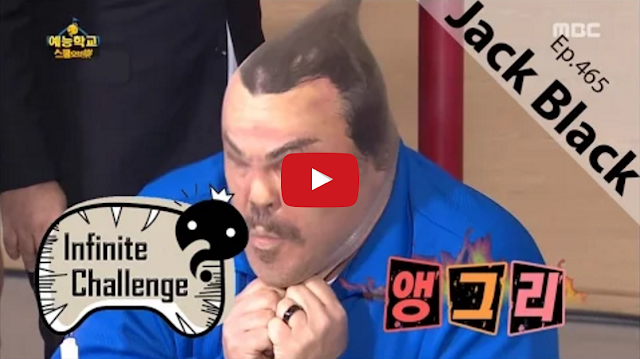