(PG-13 language) The stars of the upcoming action-comedy film, The Nice Guys, Ryan Gosling and Russell Crowe, get a hilarious verbal beat down from the film’s producer, Joel Silver, for getting creamed on social media by the other new movies coming to theaters this week, The Angry Birds Movie, and Neighbors 2. 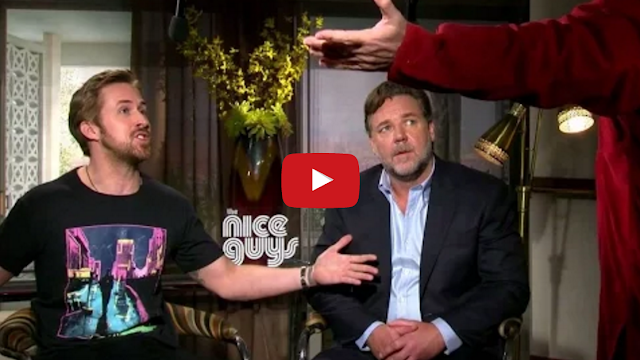