(PG-13 language, spoilers) Valentin Bruhière hilariously combined the battle for Winterfell scenes from last sunday’s ninth episode of Game of Thrones‘ sixth season with the audio from Leeroy Jenkins‘ legendary (but dumb) charge in the online video game, World of Warcraft, that became a viral video in 2006 (and now has over 45 million views).

If you haven’t seen it, here’s the original “Leeroy Jenkins” video: 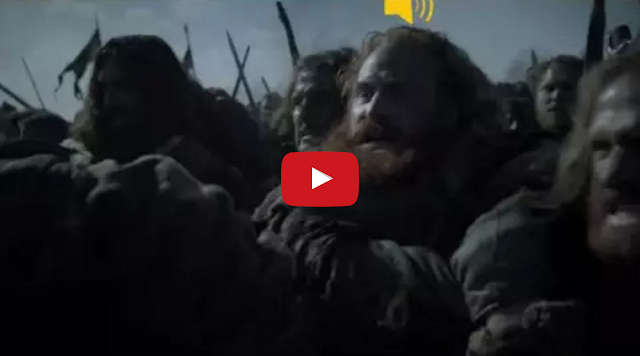