(PG-13 content) Darth Blender created this hilarious mashup of clips from HBO’s fantasy drama, Game of Thrones, and audio from the trailer for the 2010 animated comedy film, How to Train Your Dragon.

“What if ‘How To Train Your Dragon’ were made by the cast and crew of ‘Game of Thrones? It took a long time before Daenerys Targaryen were able to ride her dragons; just as hard as Hiccup’s attempts to bring peace between the vikings and these animals. Aren’t these two worlds too much alike?” 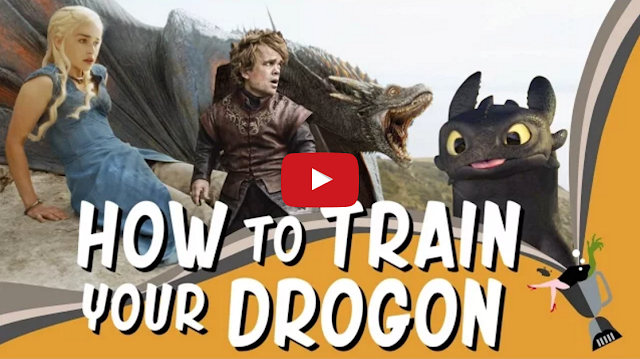