Kiwi, a talking two-year-old parakeet (aka bugdie), taught himself to activate iPhone’s “Siri” voice assistant by mimicking his owner’s voice. 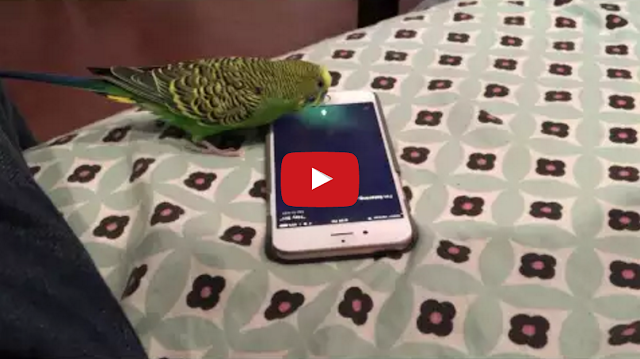