Kerens, Texas resident, Kelley Palma, explains her peculiar pony’s hilarious habit of convincingly playing dead: “Almost weekly people stop or call to tell me my pony is dead. In this particular incident, some contractors called me to tell me the same. I told them that “he just plays possum’, and one of them said “No, he’s dead, his leg is stiff”. The first time Pinto did this a few years ago, I called my adult children to inform them that my grandkid’s pony was dead. I was headed to load him on a front-end loader to take him to the back pasture to allow nature to take it’s toll. When I got close to him, he got up and ran! He’s been doing this ever since.” 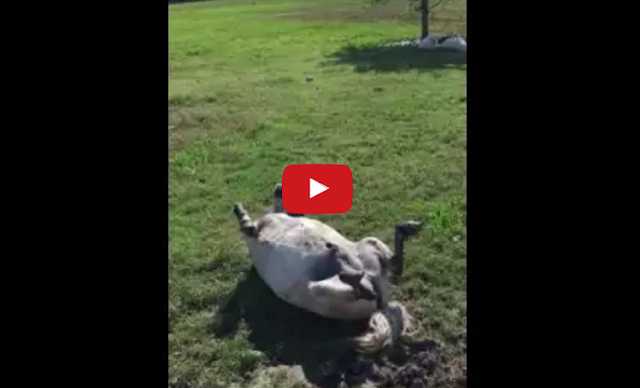