Pixar has released two short teaser clips from their upcoming animated film, Finding Dory, the much-anticipated sequel to 2003’s Finding Nemo. In the above clip, Dory meets Hank the octopus for the first time. In the clip below, Marlin and Dory reunite with surf-loving father and son sea turtles, Crush and Squirt. 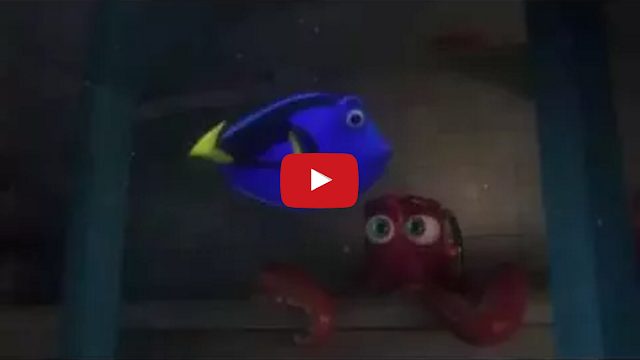