In this odd video filmed by bam21, an eccentric guy known as “Evil Elmo,” who has a habit of yelling anti-Semitic and conspiratorial rants at restaurant goers in the Los Feliz neighborhood of Los Angeles, gets hilariously shut down when a waiter decides to fight crazy with crazy by making loud monkey noises at him.

“I was at a restaurant in LA this weekend when a crazy conspiracy theorist harassed the diners for about 5 minutes straight. A waiter finally stepped in and chased him away… by making monkey noises at him. Just your typical LA happy hour.” 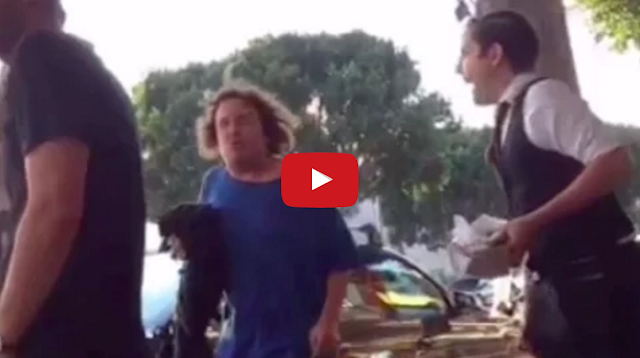