In this clip from a special San Diego Comic-Con episode of Conan, British actor John Bradley, who plays Samwell Tarly on HBO’s Game of Thrones, discusses a hilarious prank that was played on him by the producers of the show.

(Spoilers) In another clip from the episode, actors Kristian Nairn (Hodor) and Isaac Hempstead (Bran Stark) discuss Hodor’s fate in season six of Game of Thrones. 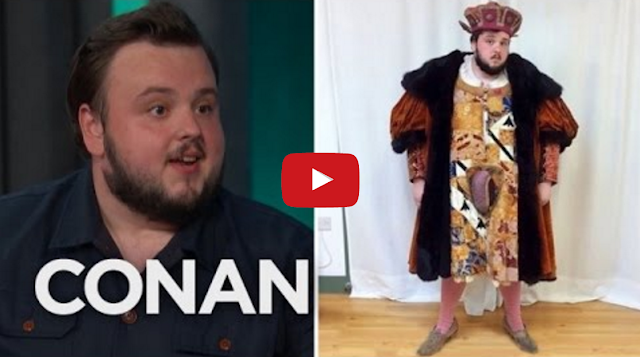