During Sunday’s Coldplay concert at the MetLife stadium in East Rutherford, New Jersey, actor Michael J. Fox joined the band on stage to reprise his performance of Chuck Berry’s 1958 rock-and-roll classic, “Johnny B. Goode,” in the beloved 1985 film, Back to the Future.

Here’s a clip of Michael’s “Johnny B. Goode” performance in Back to the Future: 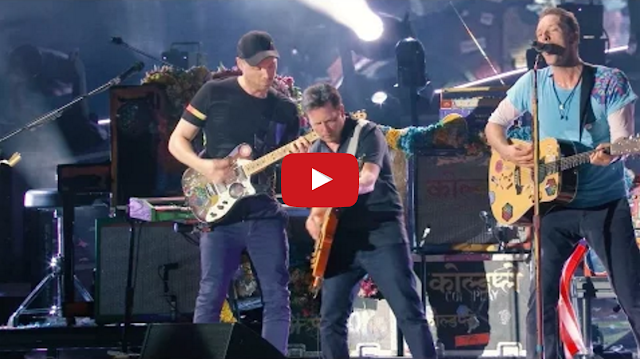