Katie Vannoy‘s 13-year-old salmon-crested cockatoo, named Gotcha, is famous (previously) for his hilariously nonsensical monologues. In the video above, Katie attempted to subtitle what she believes Gotcha is saying.

“I honestly don’t know if this is anywhere near what he’s actually talking about. Some of it is clear, like “I gotcha bird,” obviously. And maybe even “right there’s a misfit from bird city”…. I swear that’s what he says!” 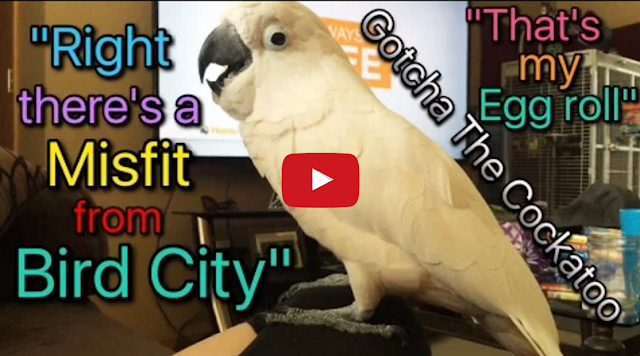