In this sketch from last night’s episode of The Late Late Show, host James Corden shows up on the set of Jason Bourne expecting to act alongside the film’s star Matt Damon, but quickly learns he’ll standing in for Matt’s epic stunt scenes instead. 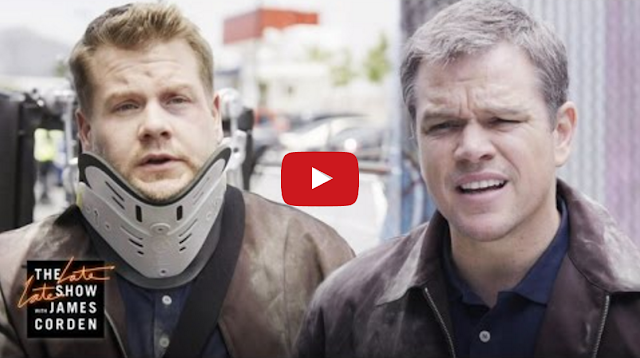