While filming the latest Star Trek film, Star Trek Beyond, actors Karl Urban, John Cho, Simon Pegg, Zachary Quinto, and other cast members got obsessed with the popular lip-sync app, Dubsmash. The video above is a compilation of some of their best videos. In the video below, the cast discuss their Dubsmash obsession. 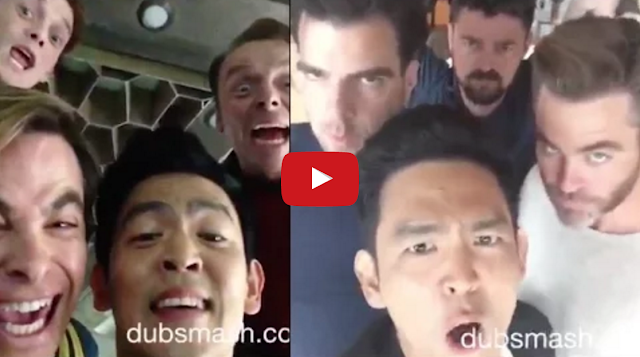