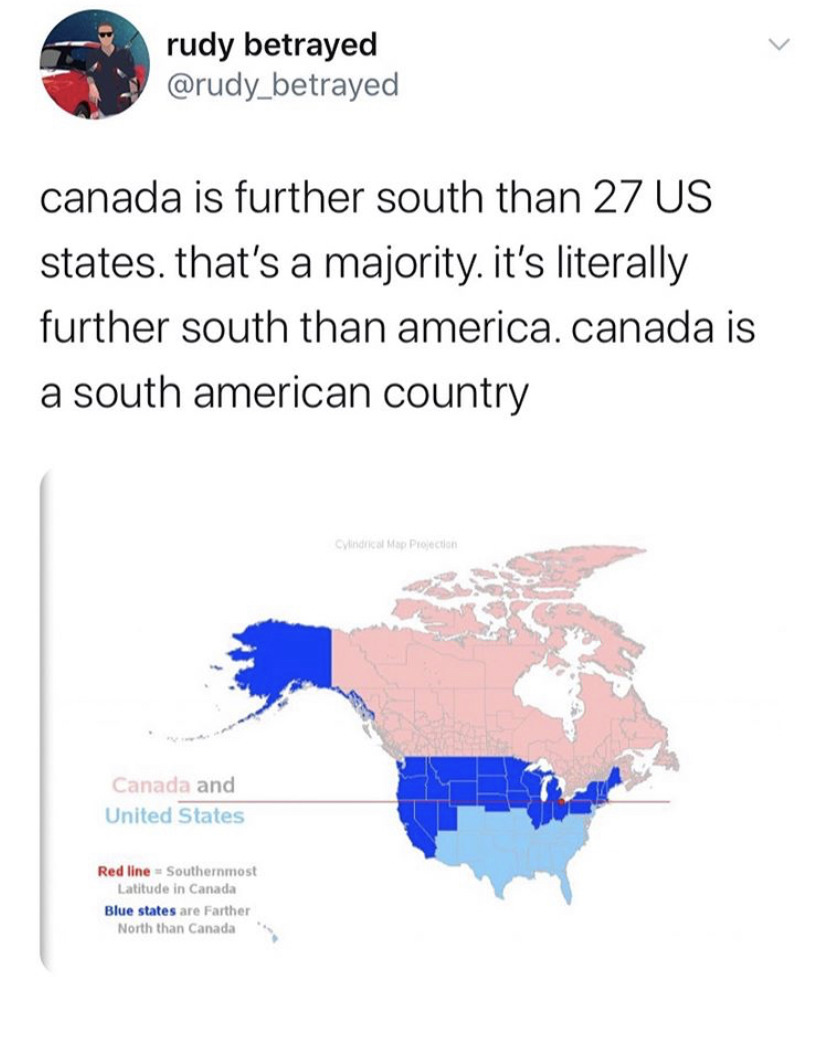 This meme has been making the rounds, so we did the research, and, yes, turns out there are 27 U.S. states with land at least partly north of the southernmost part of Canada, and 13 states that are entirely north of Canada’s southernmost point of land. (Which is the city of Middle Island, on Lake Eerie.)