McDonald’s lives in all of our hearts. Well, for me, McDonald’s food mostly resides in my arteries. The McDonald’s Twitter account, however, isn’t something I think about much. Until now. Recently, the social media account manager for McDonald’s opened up emotionally to say that often people ask a very specific question, but no one ever asks about her, the person running the account: 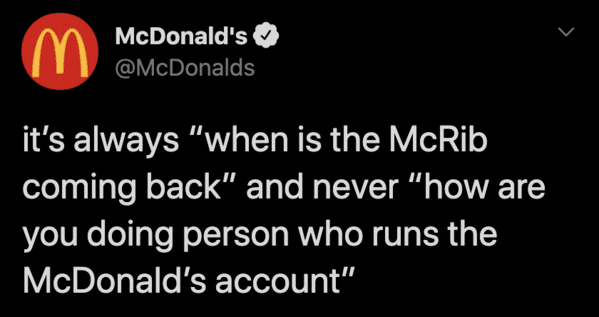 Even though McDonald’s has served billions, how many people have taken the time to thank the person who reminded them via social media that the Big Mac exists? Not enough. It wouldn’t take that much time out of their day to do it. Thankfully, other brands stepped in to tell the social media team at McDonald’s that they felt their pain.

Here are the responses from brands telling the McDonald’s social media manager that no one ever asks how they’re doing either:

1. Brands were instantly worried about the account manager’s mental health. 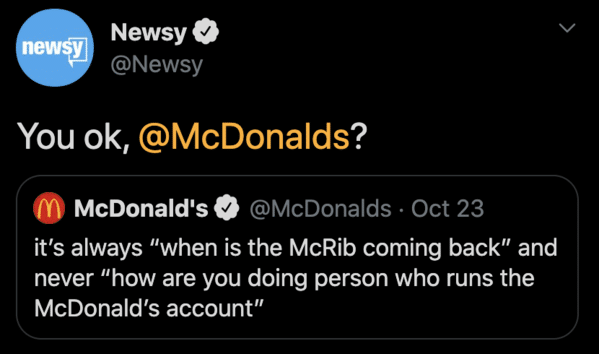 2. Some brands that specialize in wellness, reached out to help. 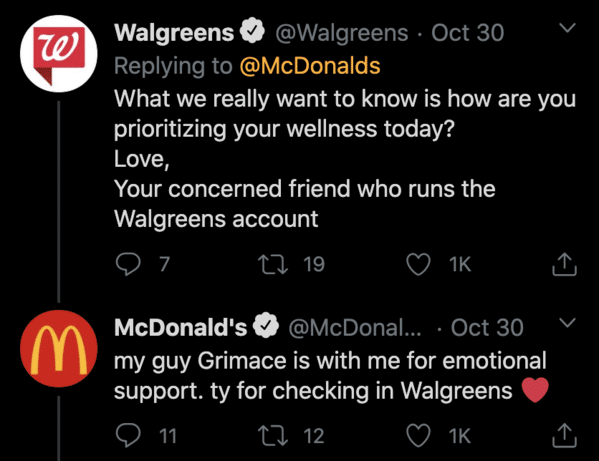 3. Other brands tweeted how much they love McDonald’s and the McDonald’s Twitter manager had a great reply ready. 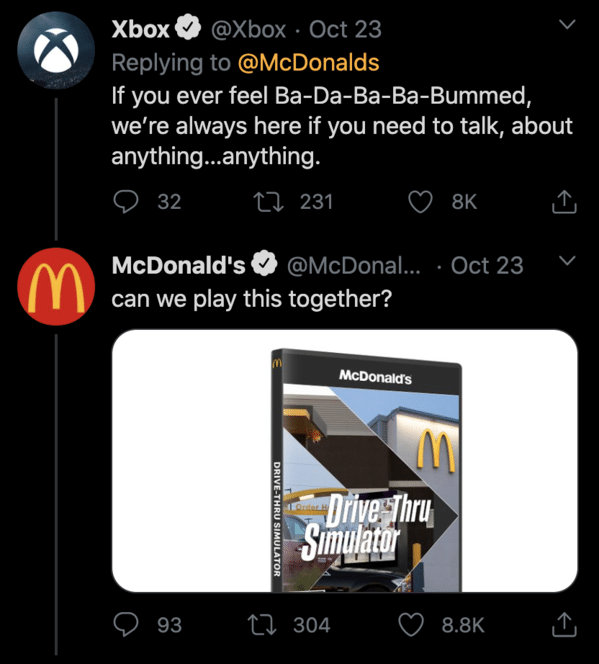 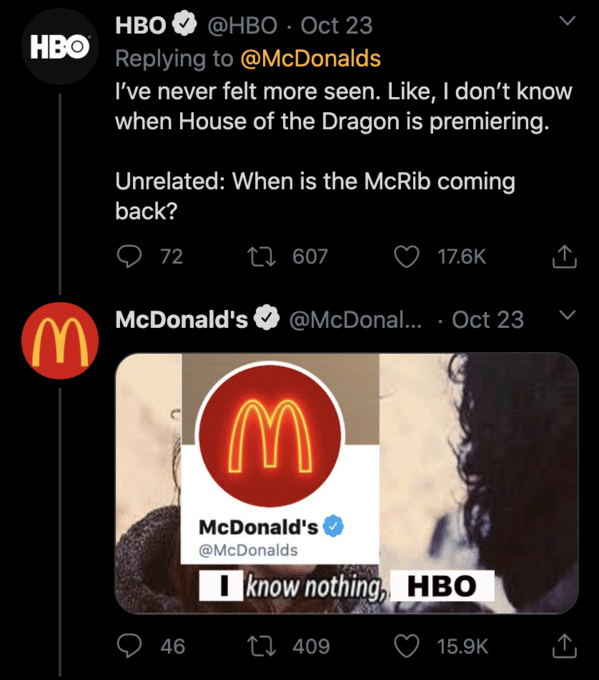 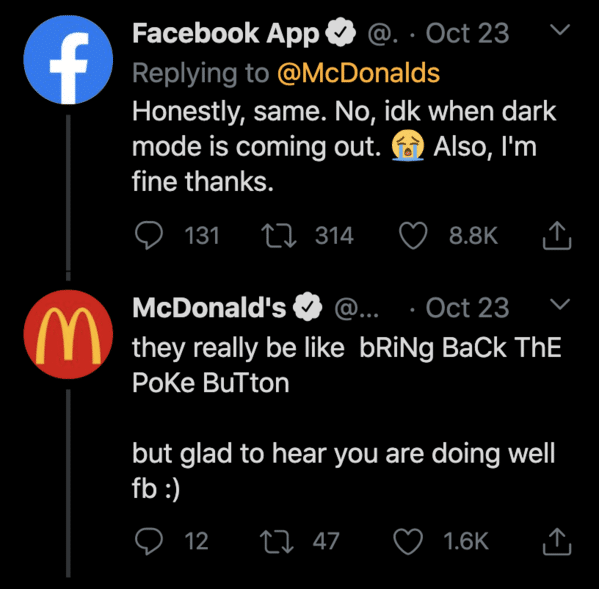 6. Brands showed their love for each other. 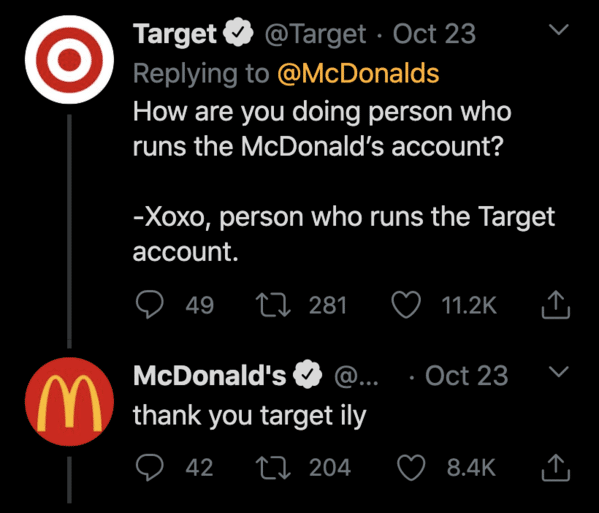 7. McDonald’s would never show up empty-handed. 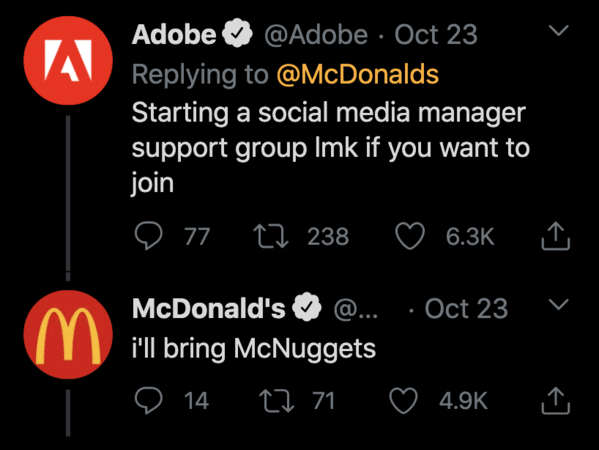 8. Nothing tastes as good as being kind to someone on Twitter. 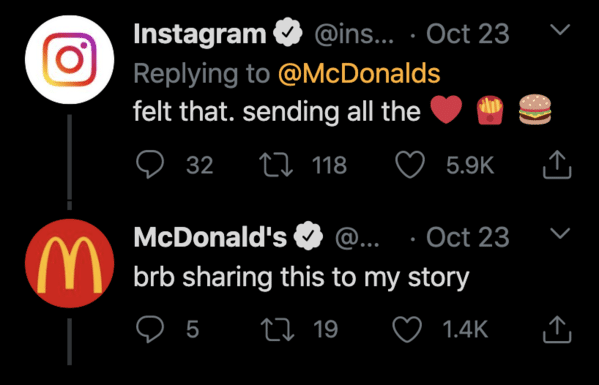 9. Everyone is coming out of this looking good. 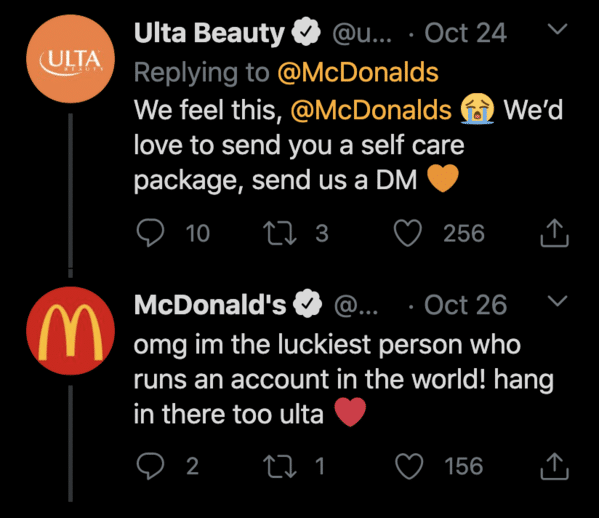 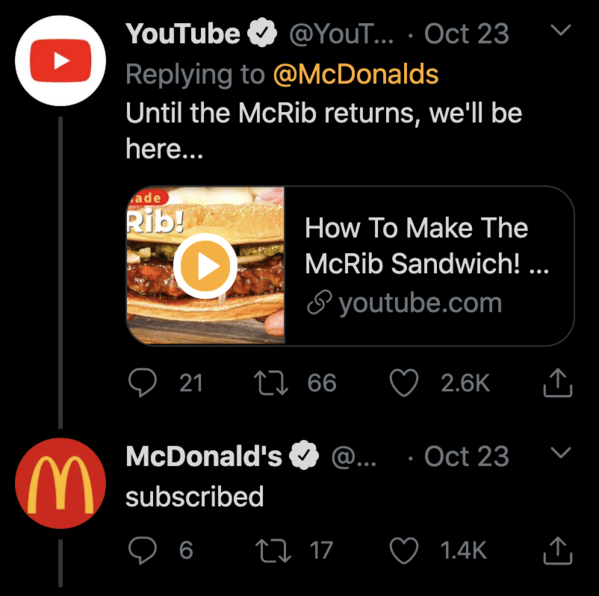 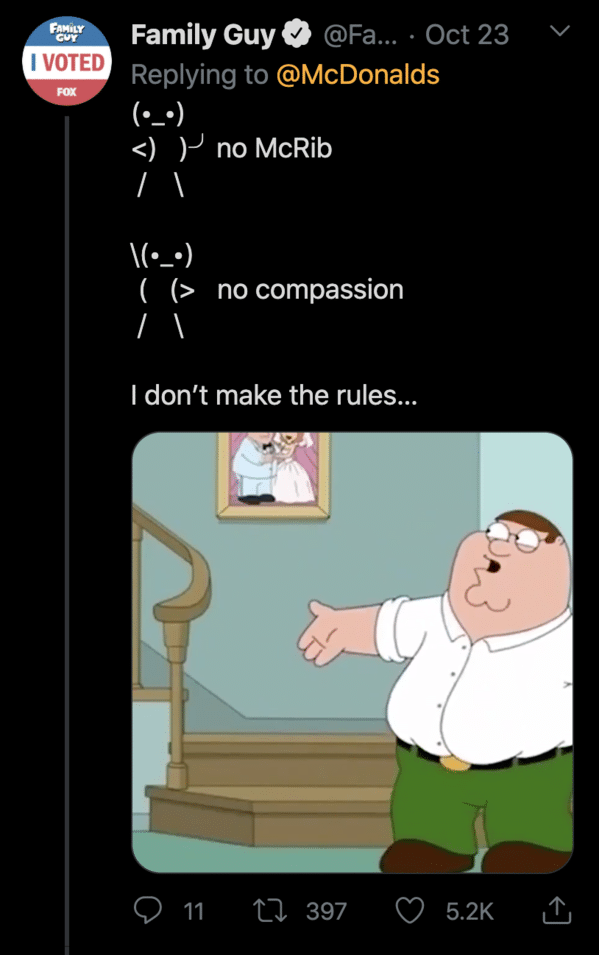 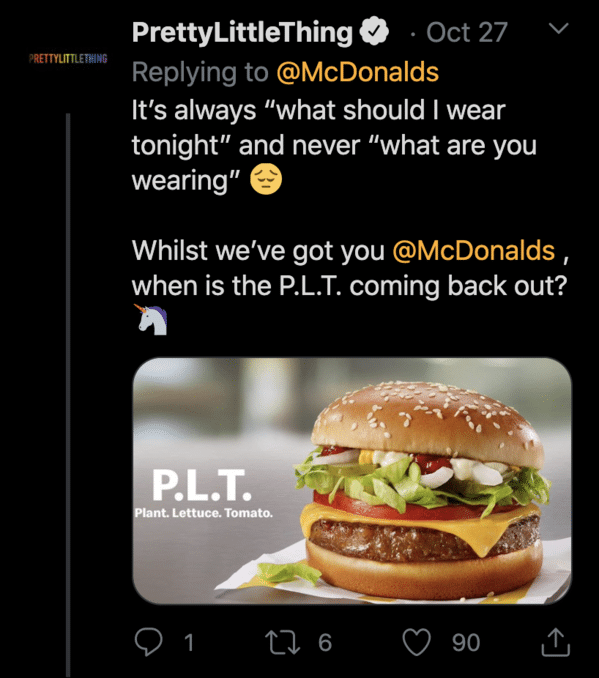 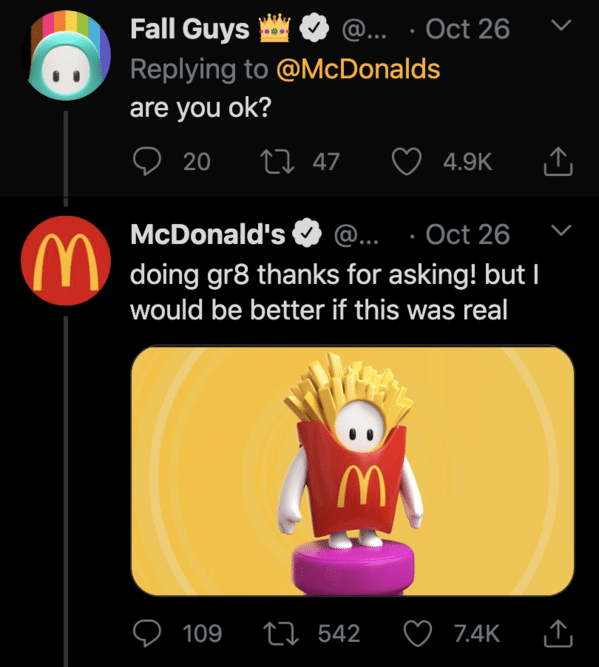 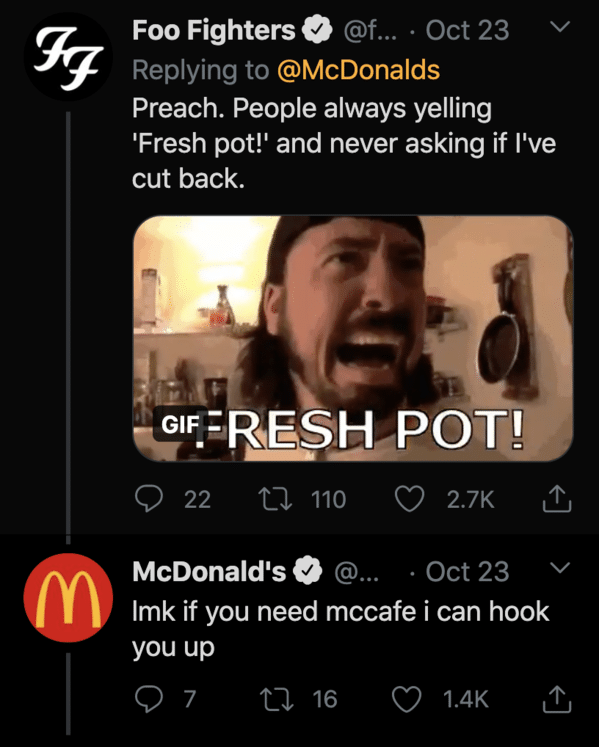 15. Though I don’t believe anyone asked this question, I do feel good that the Goths love McDonald’s. 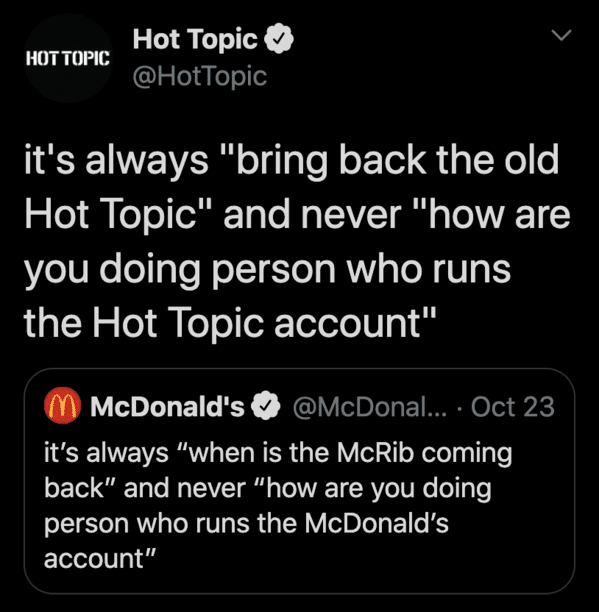 16. A user-friendly brand chimes in, and McDonald’s asks for additional support. 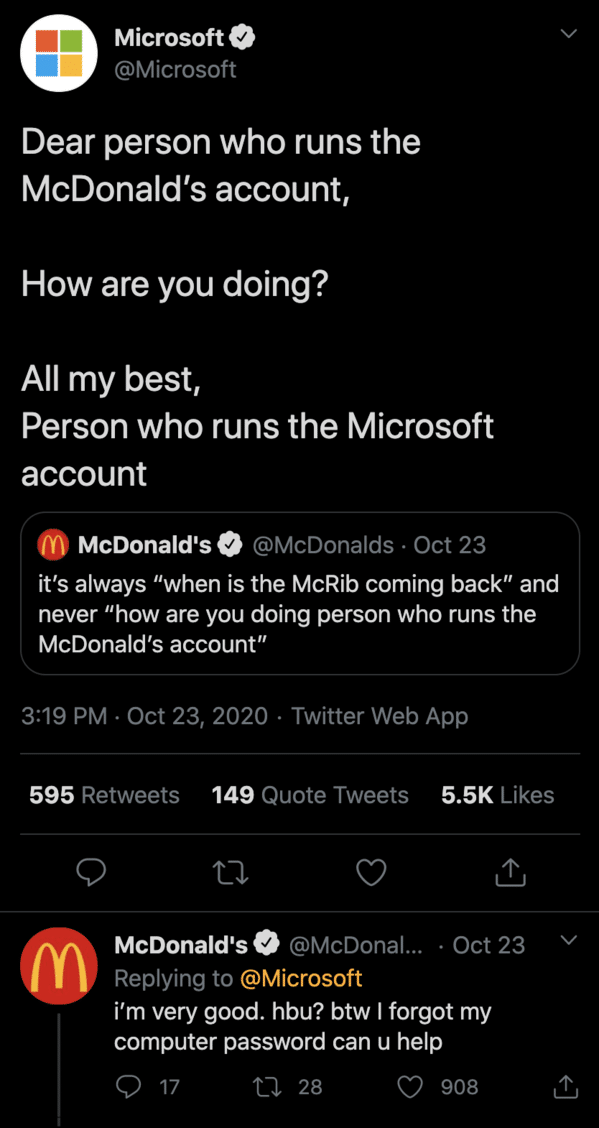 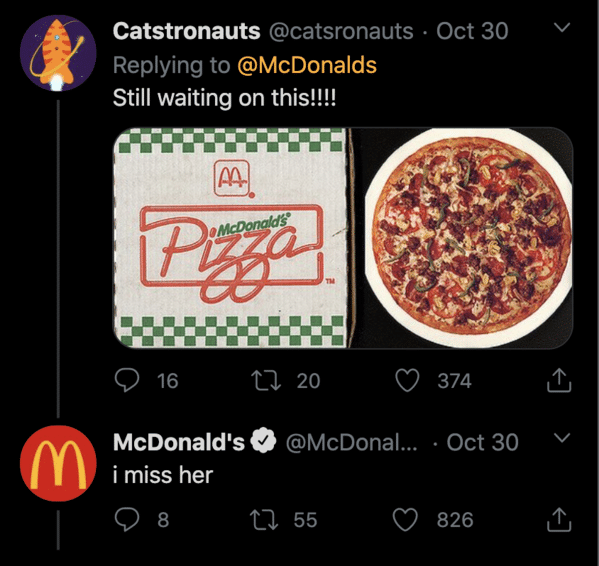 18. Not everyone was nice, though. 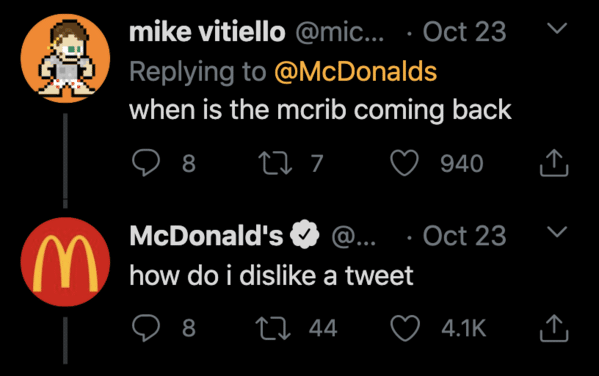 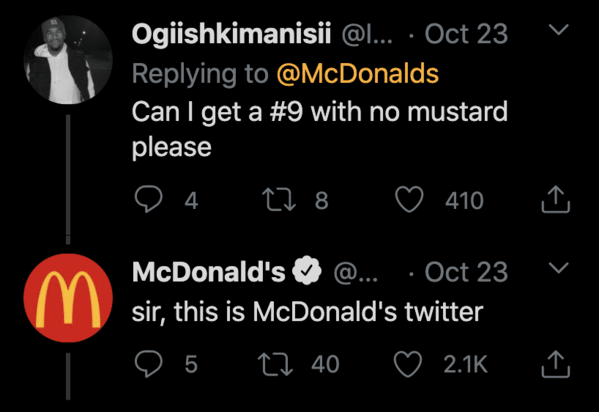