Joe Biden was sworn in as the 46th President of The United States today. If it felt too professional and boring, don’t fret. Joe Biden is a human gaffe machine. He’s bound to tell a weird rambling story about a guy named Corn Pop at some official dinner. I’m sure he’ll give a speech at the UN where he accidentally says he married one of his shelter dogs.

The man is unstoppable. I wish his staff would actually let him tweet. We’d have a “Covfefe” slip every day. Don’t get me wrong. He’s genuinely a funny guy. And, yes. He’s sweet and old. But, he gets angry very easily. This combination makes it possible to imagine him saying some truly weird insults.

That’s why The Daily Show made a Twitter bot that automatically generates random insults. If you’re some “young whippersnapper on his Game Boy Box,” I highly encourage you to ask it to insult you. Below are some of my favorites. They’re as funny as they are plausible. I can see President Biden actually saying each one.

Here are the funniest insults made by a Joe Biden Insult Twitter Bot: 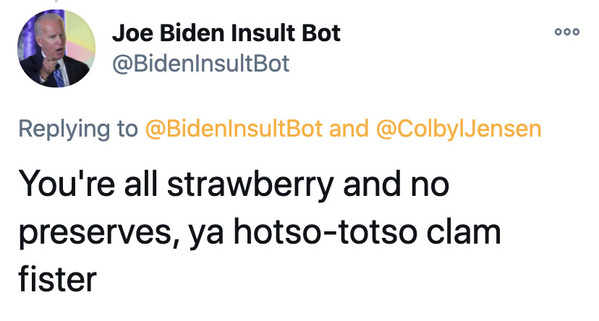 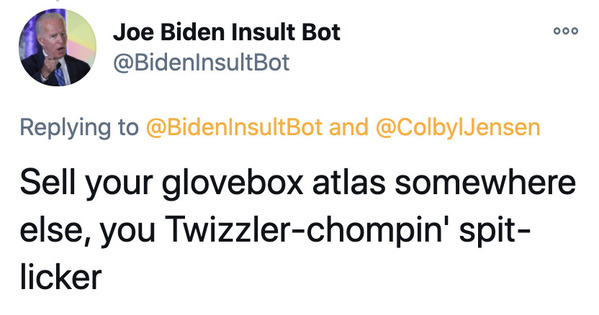 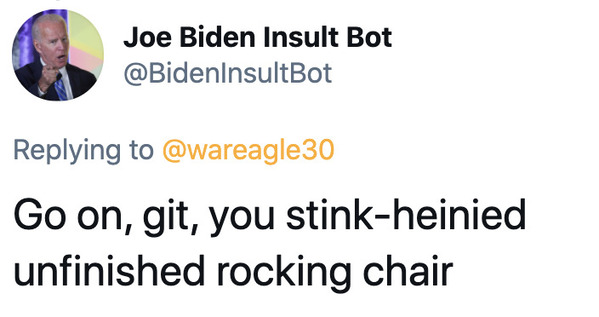 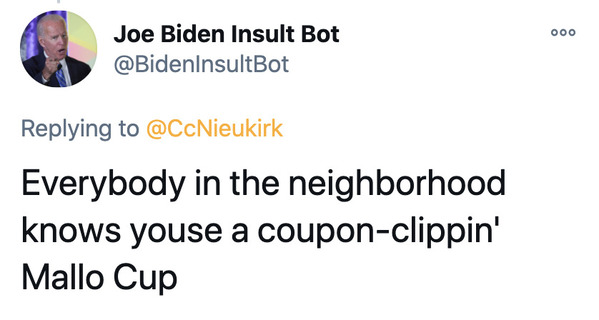 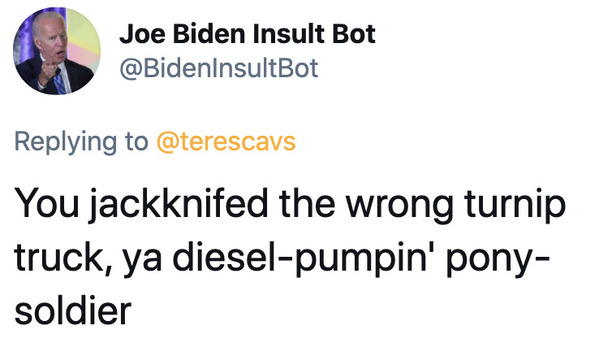