“Explain this to me like I’m five” is what I really mean to say whenever I say “I understand what you’re talking about.” That’s right. The past year has ruined how I interact with people, and now I open conversations with “Hello, I know you and what you speak of.” Thankfully, everyone else’s social skills are rusty as well. The Reddit board r/explainlikeimfive can save you from embarrassment by answering life’s big questions simply.

Saying “I don’t know” is actually brave. People, especially those in leadership positions, who are willing to put their ego aside and admit their ignorance can learn from their team. Additionally, it makes your employees feel needed. How hard is it to admit you don’t know something? Pretty difficult. Fortunately, I’m here to help.

I’ve googled everything from “if my body temperature is 98 degrees, why am I so warm when it’s 75 out?” and “why does the wind make the water in my apartment’s toilet move.” Both answers are easily found on Google, but today let’s look at what others have asked and judge them. Wait- I mean learn from them. 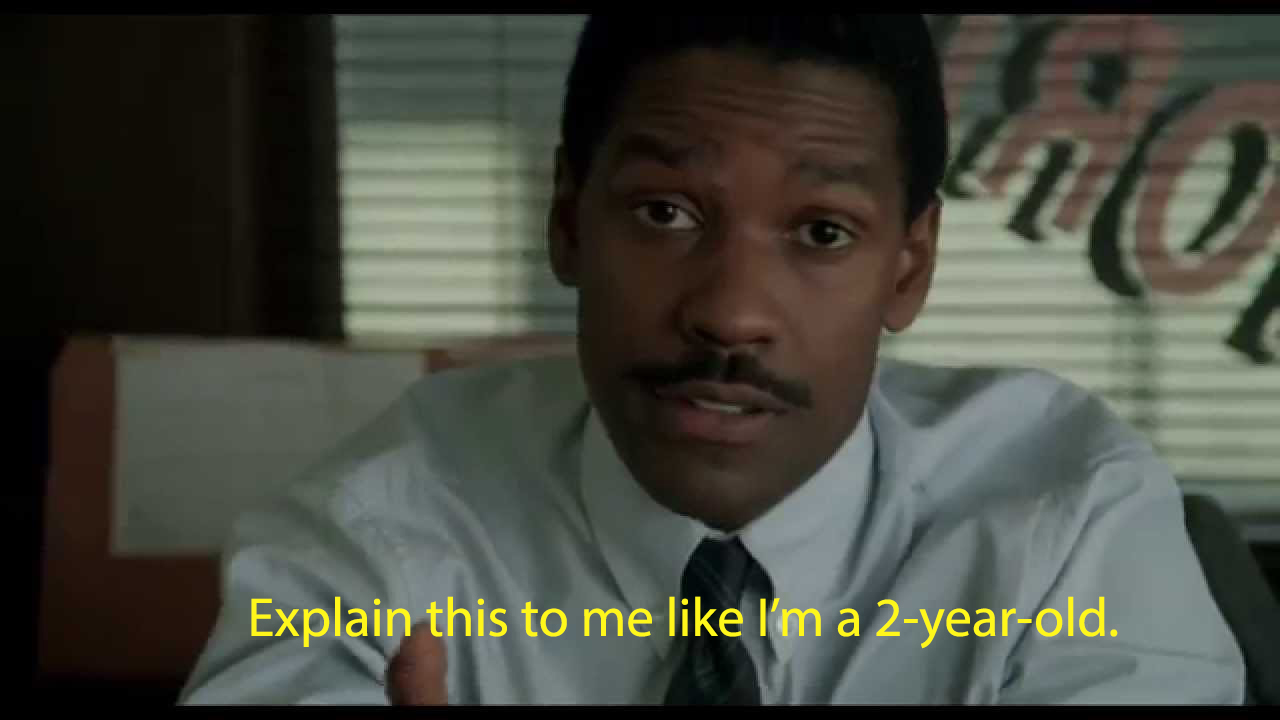 Here are the questions you were too afraid to ask that Reddit easily and helpfully answered for you:

1. How come we get tired after standing for a few minutes but comfortably walk for a long time without any discomfort?

“Your leg veins have one way valves in them. They work when the skeletal muscles around them contract and release.

When you are walking around, the flexion/relaxation of the walking muscles are literally pumping the blood back to your torso. When you are standing still, you aren’t getting that pumping action naturally. You could flex/release your legs intentionally, while standing, but it’s not nearly as effective as walking is.” –faykin

2. How, after 5000 years of humanity surviving off of bread, do we have so many people within the last decade who are entirely allergic to gluten?

“We don’t know. There are a number of theories about this. To clarify, while the increase may be exaggerated by people who falsely claim intolerance when they probably have other health issues (or are hypochondriacs), there is actually an increase in people with diagnosable gluten intolerance. And gluten intolerance is different than celiac. I’m taking here about gluten intolerance. Some possible causes include changes in the gut microbiome and changes in how we process and make bread.” –p3tunia

3. How does buying and selling stocks on the stock market work?

“I own an orange factory. I want to raise money for building a new navel orange machine, so I issue orange stock. I make a special orange that you can buy for $1. I issue 1 million oranges, and raise $1 million. You now own an orange for every $1 you gave me.

That’s all you get. If you’re lucky, I might give you a fraction of how much I make with the new orange machine every year. But you buy the orange share because other people will want it later, when my company is big and successful, and you can try selling the orange share for more than the original dollar.” –bradorsomething

“12 hour time is a very ancient system that traces back to the Mesopotamian empires.

They had a cultural fixation on the number 12, used a base-12 numerical system, and divided up most things into 12ths whenever possible – including day and night.

The 12 hours of day and 12 hours of night system spread throughout Europe and the Middle East and has defied multiple attempts to change it over the centuries.” –Lithuim

“Also for anyone curious why there was such a love of the number 12, it was because that was how they counted on their hand. Look at your hand. Notice how each of your fingers minus your thumb has three easily identifiable parts to it. They used to count by using their thumb to count each part of the finger, much in the same way we count to 10 using our fingers today. So 12 was the max you could count on one hand.” –Indercarnive

5. Why do humans need to eat many different kinds of foods to get their vitamins etc but large animals like cows only need grass to survive?

“In addition to the ‘efficiently breaking down grass’ thing, and the ‘they eat a variety of plants’ thing, there’s also the fact that species typically evolve the ability to make vitamins that they can’t get easily in their diet. For example, humans make vitamin D because there aren’t many food sources of it, but we can’t make vitamin C, but can find it in food. But other species can make their own vitamin C.” –zapawu

6. How come you can be falling asleep watching TV, then wide awake when you go to bed five minutes later?

“The brain is like a group of people talking to each other. When you’re watching TV, the part of your brain that watches TV says “Shut up guys, I’m watching TV,” so you can focus without thinking about cake or math. As a result, the others sit silent, grow bored, and fall asleep, until only the TV watcher part of the brain is left. Left by himself, he too gets bored and falls asleep.

When you’re in bed, assuming you aren’t counting sheep or something, the entire brain is kind of in free time mode, and any part of the brain can speak up if it wants to. They start talking to each other, and even if one of them starts to drift to sleep, the others wake it up either by deliberately talking to the sleepyheads or just being noisy. Eventually more and more of the parts of the brain fall asleep from sheer exhaustion no matter how loud the others are, and eventually the last one passes out and you are asleep.” –Solid_Waste

7. What is happening to your skin when a callus forms?

“The pressure itself damages the lipid shells of skin cells causing them to interlock and mesh together more strongly. Then when they die they are more tightly bound to neighboring cells and do not sluff off. This process repeated over and over creates a crust of dead skin bound tightly to itself and the living skin underneath. It’s sort of a passive process rather than the active one.” –UrsusTheHorrible

8. Why is it, that you can eat a 2,000 calorie meal, and in theory, you shouldn’t need calories again until the next day, but you can be hungry again 6-8 hours after you finish eating?

Hunger is the fireman saying “hey, just so you know I’m not getting any coal right now… could be an issue.” He doesn’t care that the tender has plenty, just that no more new stuff is coming in.” –Stargate525

9. Why do water temperatures feel different before, during, and after swimming?

“Your body can only sense the difference in temperature, not the actual temperature like a thermometer.

You can try this out by having 3 bowls containing warm, room temperature, and cold water. Put one hand in the warm water and your other in the cold water for about a minute. Then move your hands into the room temperature water.

The same happens at the pool. Your skin temperature is normally higher than the water temperature. When you first dip in, your skin feels the huge temperature difference and it feels cold!” –PrionBacon

10. Why can’t you spend dirty money like regular, untraceable cash? Why does it have to be put into a bank?

“You can, as long as it’s “everyday people” sums. You don’t have to launder $2K. But if it’s millions, people will get suspicious about how you can afford the stuff you buy, no matter how you buy it. And then you better have a plausible explanation, which is exactly what laundering aims to create.” –AtomKanister